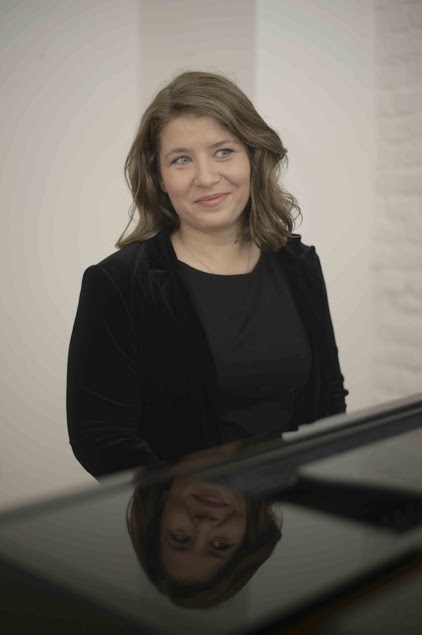 The Romanian Pianist Anca Brasoveanu was born in 1985, in Timisoara.  At the age of 6 she begins studying the piano, at the “Ion Vidu National College of Arts”, under the guidance of Professor Maniu Roxana.

After successfully ending her Bachelor studies in 2007, she proceeds onto working as an Accompanist between 2008- 2011 at the West University – Music Faculty in Timisoara, Romania.

In 2011 she receives her Masters Diploma, in the Stylistics of Piano Interpretation.

After that, she relocates to Munich, Germany, where she obtains in 2013 a second Masters Diploma in Lied Interpretation, studying with the renowned Professor Helmut Deutsch, at the Academy for Music and Theatre in Munich.

Anca continues to perform as a soloist, and has given hundreds of solo and chamber music recitals throughout Europe. She is also involved in teaching young talents, in the “Studio for classical and modern Music – Klavierseele” in Munich.