Nenad Uskokovic was born in 1989, in Belgrade 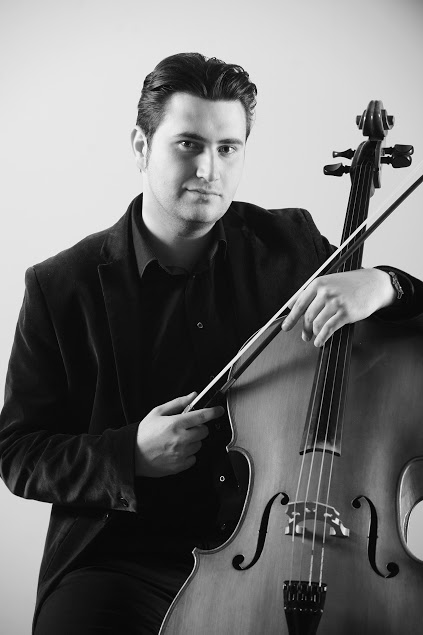 , Serbia. Until the age of 13 he studied Cello at the “Belgrade Elementary Music School. Afterwards he studies at the “Kosta Manojlovic” Music College for talented children, from which he graduated with honours.

In 2006, at the age of 17, he moves to Germany to study at the “University of Music” in Detmold, with the renowned Professor and Cellist Xenia Jankovic. In 2011 he receives a scholarship of the Albert- Eckstein Foundation in Ulm, Germany.

In 2012 he is accepted in the “Live Music Now” Project of the Yehudi Menuhin Foundation, which supports young, talented artists. As a soloist and chamber music artist, he travels the world, playing numerous concerts in Austria, Switzerland, Romania, Slovenia, Hungary, and Greece, as well as in China.

In 2009, he dedicates himself onto developing the “Duo Classique-ALL” Project, which he initiated with the Romanian Pianist, Anca Brasoveanu. Since then, the two musicians sustained numerous recitals throughout Europe.

Nenad is also active as a Cello Professor in Munich, supporting young musicians in their upcoming careers.