2017- was a great year for „Duo Classique-All‘s“ history: we played for the third time an outstanding Easter tour, this time with our mentor and friend, cellist Meinhard Holler. The concerts were played 2x in Munich, Germany; 2x in Graz, Austria; 2x in Belgrade, Serbia and 3x in Kosovo.
After that Anca and Nenad started preparing two totally new programs, one to be played on the various concerts which were coming in May, June and July in and outside Munich;
the other one was for the first CD recording of the band, which was planned for August in Belgrade, Serbia. After the first part of the recording was done, the Duo signed their contract with the german label recording company „Monte Rosa Records“. The program was played on concerts in Memmingen, Tussenhausen and Munich,to awaken the interest of the audience, which they did! In December they recorded the second part of the CD in Munich, with audio engineer Max Walch. The design for the booklet was made by their very good friend, Nemanja Bosnjak from „Outside the Box“ design company. They were now ready for the CD promotion. 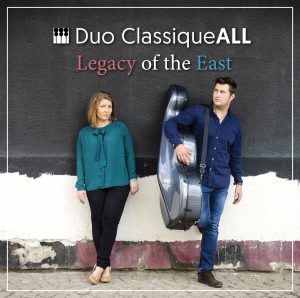